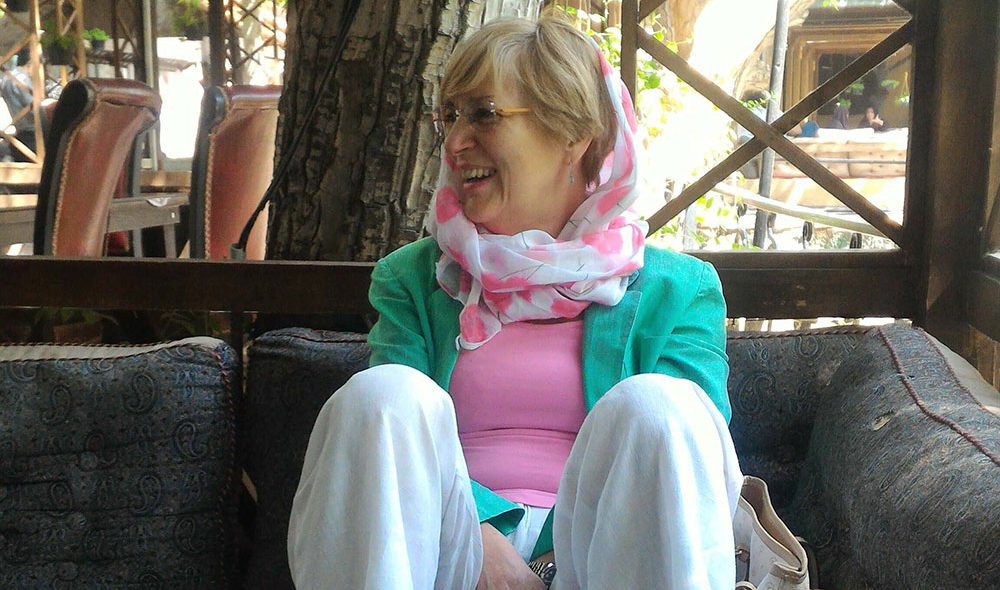 The President of GSL presents us the initiative lived in the contact to a country system, from a couple of years under the “bull’s eye” of the international policy landscape. What we read coincides with the experiences lived in the first person? Let’s hear what Ms. Cagliani thinks…

1. When and why GSL developed an interest in Iran? How did you come up with the idea to make business with Iran?
After the 2008 recession we realized that the European market was mature and that new opportunities had to be found somewhere else. After a few more or less successful experiences in the CSI area in 2013-2014, in 2015 we started to develop an interest in the south-eastern part of the Persian Gulf area. When the Rome Agreements G5+1 were signed, new opportunities arouse in this part of the world which had remained segregated for decades, thus encouraging us to explore and gain insight.
In 2016 we started to take the first steps in the Iranian market. Our choice was supported not only by the new international openness brought by the Rome agreements in May 2005, but especially by our preliminary research and analysis showing a potential for several growth opportunities. In May 2016, when we first stepped into the Iranian border, we found great excitement and expectations after the end of a period of long international isolation.
Since the very beginning I realised that they were making every endeavour to get back on their feet and recover first of all from the Saddam war with Iraq, which lasted eight years, and then from the embargo imposed by the United States in 1995. The latter was partially ignored by many European, Asian, and Middle-East companies which found the way to exploit Iranian energy and especially industrial resources. The recovery, speeded up by new international openness, was still partially hindered. However, trade and industrial opportunities made Iran look very attractive to us. 2. What situation have you found on the occasion of your visits? Are human rights violations a real threat? How do Iranians live and work? Have you ever faced any challenge or restriction? Any false myth you would like to dispel? International propaganda wants to make us believe it is like hell there….
I have never sensed fear or hostility at all. Quite the opposite, I found people looking for new contacts and relations.
I never spent more than ten days there, however I can state with confidence that living in Iran is not dangerous nor challenging at all (contrarily to what we tend to believe in Europe). In Tehran, the city that I most often visited, urban parks are populated until very late at night by sportspeople, people relaxing and reading, or families with children. It is common knowledge that in some Italian urban areas unfortunately things are quite different.
Since my first experience in 2016 I perceived a strong sense of legality in this country. The regulatory framework is strong and detailed and laws are enforced strictly. For this reason, common criminality is not very frequent. The Iranian legislation punishes certain crimes even with the death. The same happens in very civilized countries, such as Japan, and in superpowers such as China and Americas, or in Thailand and India.
As for sociality and living conditions of Iranian citizens and visitors, several western assumptions should be strongly challenged. First of all, public transports in Tehran are clean, tide and punctual (almost like in Italy…). No beggars or homeless, train walls and cars are clean, and sits are clean and well kept. Some cars are reserved to women (like in Japan) and some others are for families and men, but women always sit first (unlikely Italy, courtesy and politeness are generally respected). Another myth to dispel concerns cloths. When I visited Iran in summer, staying for rather long periods as well, I asked what was allowed and what not. I was suggested to wear, like every women, long trousers and dresses – possibly with discrete patterns and prints – and symbolically cover my head with a scarf. Men are given more freedom: sandals, short trousers (to the knee) and shirt and t-shirts with short sleeves.
I’d like to conclude with an overview on the woman condition, as we tend to have a wrong perception. Generally speaking, women are rather free. I’ve personally seen women with eye-catching make-up and dyed hair walking in the city center without problems. I have progressively realised however that men are those mostly oppressed. According to the Mehr law, the man must ensure the same standards of living that his wife enjoyed before the wedding. If not, the woman can claim a payment. The Iranian law also establishes that the wealth of the husband shall go the wife when he dies, but if the wife dies her belongings will go to her family. Men and women retire respectively at the age of 60 and 55. If a woman does not get married, she can receive her father’s pension even after the death of her mother (which is something unthinkable in the western world).

3. Could you please describe the current situation in the country, from a political, social, commercial, and industrial point of view, in the light of U.S.A. sanctions?
What we have witnessed from 2016 onwards recall the situation of the 60s in Italy, but with the difference that the cultural level is generally very high. Schooling rate is extremely high and often includes University, either in Iran or abroad (mainly in the United States, but in some cases also in Europe). Indeed, the United States politics is affecting the country. Positive steps promoted by President Obama towards the Rohani government have now been partially jeopardized by the approach of Trump. We can clearly state that this new and unexpected negative development is bad for the whole industrial and manufacturing sector, already threatened by constant and strong fluctuations of the local currency which make negotiations with foreign partners difficult.
Said so, my latest trip last summer coincided with the approval of the new financial sanctions. On that occasion, speaking with several local operators, I could realize that the country was getting ready to face the new situation imposed by President Trump. The strategy that the Iranian government is preparing to face the new storm sent by Washington consists in protecting the economy from the effects of sanctions, at least until the end of Trump’s mandate. This is the concept of “economy of resistance” introduced by ayatollah Khamenei in 2012 to survive sanctions imposed by the West. As a consequence, I believe that the country will make the most of its domestic resources to resist external pressures: leveraging on domestic production to avoid imports, exchanging goods without currency, and using third countries to bypass financial isolation. Basically, the Rohani government has resorted to a great extent to the same measures adopted in 2012, the year before the beginning of negotiations that would lead to the signature of the provisional agreement on nuclear weapons in November 2013 and then the final JCPOA in July 2015.
Differences from 6 years ago are pretty marked. First of all, the United States are alone against Teheran. The European Union will comply with U.S.A. requests only formally, trying at the same time to safeguard the economic and commercial channels built with Iran over the last two years. This and the lack of UN sanctions, make Tehran aware of the fact that some countries, especially the EU, will try to bypass the U.S.A. monopoly, while others, such as India, China, and Russia, apparently do not intend to follow. Iran is aware that economic indicators are likely to worsen in the near future, see depreciation of rial from the beginning of the year. However, the overall macroeconomic situation is more stable than in 2011-2012. The unemployment rate has decreased to 11% and reserves amount to 130 billion dollars (30% more than 2012).
As for us, we confirm that there are interesting global market opportunities and room for a considerable commercial growth, both passive and active. At the moment this interview is made, we have a few projects in an embryonic phase. Nothing concrete yet.

4. How do you expect international relationships between the West and Iran to evolve? Specifically, what about Italy and its trade relations?
I hope that once instability and uncertainty are over, Italy will be able to meet its commitments and develop trade and industrial relationships, as this would be mutually beneficial. Personally, I believe that embargo fits poorly in our contemporary age. I believe that governments should commit to freeing the economic scenario from any obstacles likely to have negative impacts. The time frame, manner and skills necessary to build a long-term trade relationship are already available and this could benefit greatly both Italy and Iran. I hope that decision makers will make this possible.