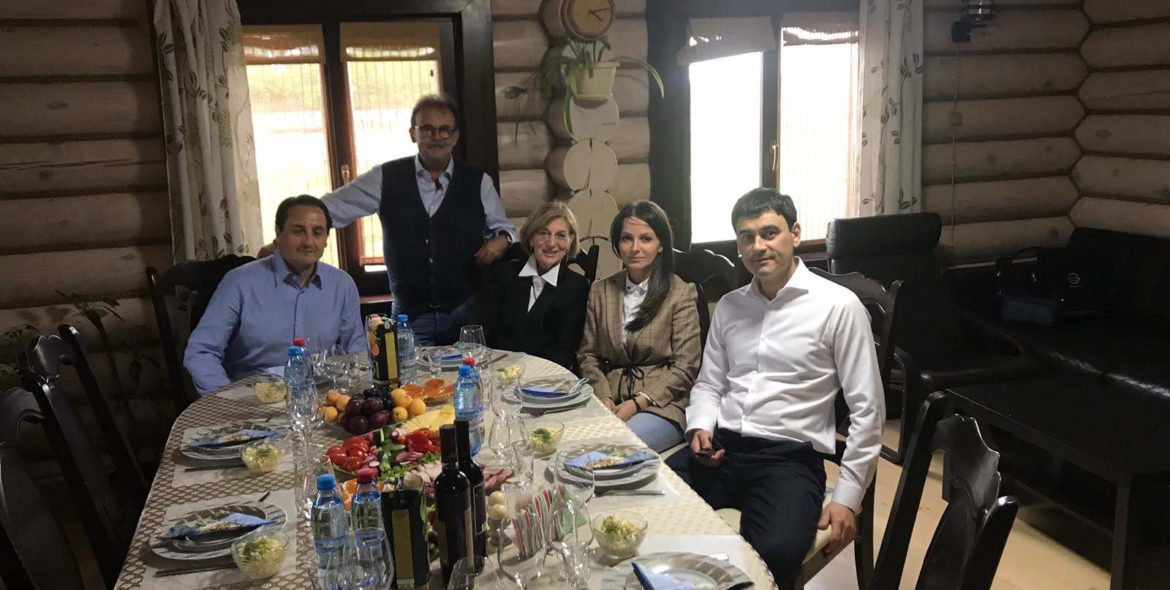 AFTER NURTURING ITS TRADE RELATIONS WITH RUSSIA FOR A FEW YEARS, IN JUNE GSL PAID ITS FIRST VISIT WITH A DELEGATION OF ENTREPRENEURS.

The Russian market has always looked exciting, especially after the recession that led to a decline in the communitarian market.

Since 2011-2012, there has been an active interest in this market, which has translated into participation in dedicated seminars on Russian trade trends and ongoing relationships with regional and national institutions in charge of promoting industrial and trade relationships between Italy and Russia.

The first results were achieved between the end of 2014 and beginning of 2015. After put in effort to create trust and consideration and waiting for the right moment, one contact finally turned into an executive order. The first sectors that benefitted considerably from this were aluminum castings, forged fittings and related large mechanical machining. This laid the basis for building a solid, profitable and extremely satisfactory relationship, currently with a single customer.

During these first exchanges our counterpart showed strong apprehension, constantly requesting that every detail of what was agreed to be produced was put in writing. Of course, a request for clarity is always good, but it nevertheless demonstrates a considerable difference with the kind of relationship we were used to with our European partners (Germany, France, Switzerland, Austria, etc.)

During the 3-day mission which took place during the first half of June, our President and the representatives of the companies taking part in the project being negotiated with the client had the chance to briefly visit Moscow. But their main focus remained the activities carried out in the Oblast’ of Sverdlovsk. This region is located in the Eastern Ural Mountains and takes its name from the former Bolshevik leader Jakov Sverdlov. The visit focused on the industrial center of Ekaterinburg and its outskirts. The name of the city may not resonate in the brain of a European entrepreneur, but this is actually one of the country’s leading industrial centers. It is the fourth largest Russian city in terms of number of inhabitants (1,468,833 inhabitants in 2018) and a leading industrial center, especially for heavy industry. It is no surprise that product sectors are led by the production of heavy machinery and big plants; the steel sector with drawn steel; chemical production, the oil sector, and the transformation of oil derivatives. The weapons sector is worth mentioning separately, as the majority of weapons destined for the Russian army are produced in this area. On our trip there we had the chance to visit a rather important urban center, where the administration and management offices of the client are located, and the vast surrounding outskirts.  The production site is located some tens of kilometers from the center of Ekaterinburg.

Given the vast availability of manpower, the production site is mainly based on manual work, similarly to what we witnessed in Iran. Automation is extremely scarce, even where we consider it strategic, and it is implemented exclusively in those cases where they can’t dispense with it. The trip proved extremely successful from multiple perspectives. Firstly, after several years of positive trade relationships we could finally meet the management of the client company. Secondly, we were involved in all development steps for the assembly of the end product (industrial fan), thus considerably reinforcing our already extremely well-developed trade relationship.

Given the solid bonds we forged, we look forward to widening our range of activities in the area. Backed by our recent success, we are eager to test ourselves with the needs of other sectors and production departments as we realized the outstanding opportunities offered by this extensive market, which for us is almost completely unknown.